UEFA Player of the year award ceremony recently took place in Monaco. Fans voted eagerly for their favorite player, and on the day we witnessed a houseful in Monaco. TalkBarca is back to cover the entire ceremony. Which player won in his respective category, let’s take a look.

UEFA Women’s Player of the Year:

A few strong contenders were nominated for this award. However, it went to Lucy Bronze, who plays full back at Lyon FC. She also represents England in National colors. She humbly thanked the England National team and dedicated the award to them. Furthermore, she praised her teammates at Lyon as well and told the media that all the girls in her team equally deserve this award.

Position Wise Player Of The Season:

Champions League Goalkeeper of the Season:

This award went to the Liverpool and Brazilian national, Allison Becker. The 26 years old kept a total of 21 clean sheets in the Premier League, not to mention playing key roles in knockout CL games. Therefore, he was awarded the prestigious award and respect from everyone.

Midfielder of the Season:

Frenkie De Jong became Midfielder of the season. His performances in the Champions League last season had already ensured that he would go to some bigger club in Europe. As expected, Barcelona signed him after the season ended and he is currently representing them in La Liga.

Champions League Defender of the Season:

This one was perhaps the most obvious out of all the awards. The 28 years old Dutch International, Virgil Van Dijk became Defender of the season. He had a great season with Liverpool also being the player no forward was able to dribble past.

Forward of the Season:

FC Barcelona and Argentinian forward, Lionel Messi became Forward of the season. The FC Barcelona winger received this award due to another dazzling performance in Europe leading his team from the front in every game.

The crowd waited eagerly and so did the fans watching from home that who will be the Player of the year in Mens category. There were three nominees for this category, namely, Lionel Messi, Cristiano Ronaldo, and Vrigil Van Dijk.

Before this award, we also witnessed a great chat with the two legends of the game, Ronaldo and Messi. After a great interactive session, the announcer called Virgil Van Dijk to come and receive this award. Virgil had a great season with both club and country and therefore, completely deserved this award. He thanked his teammates and coaches and dedicated the award to them.

The ceremony ended at a great note. Something which was proud as a Cule was that Barca players won awards in two major categories. The next season is underway and the competition mark is already higher. We cannot wait for next year’s award ceremony! 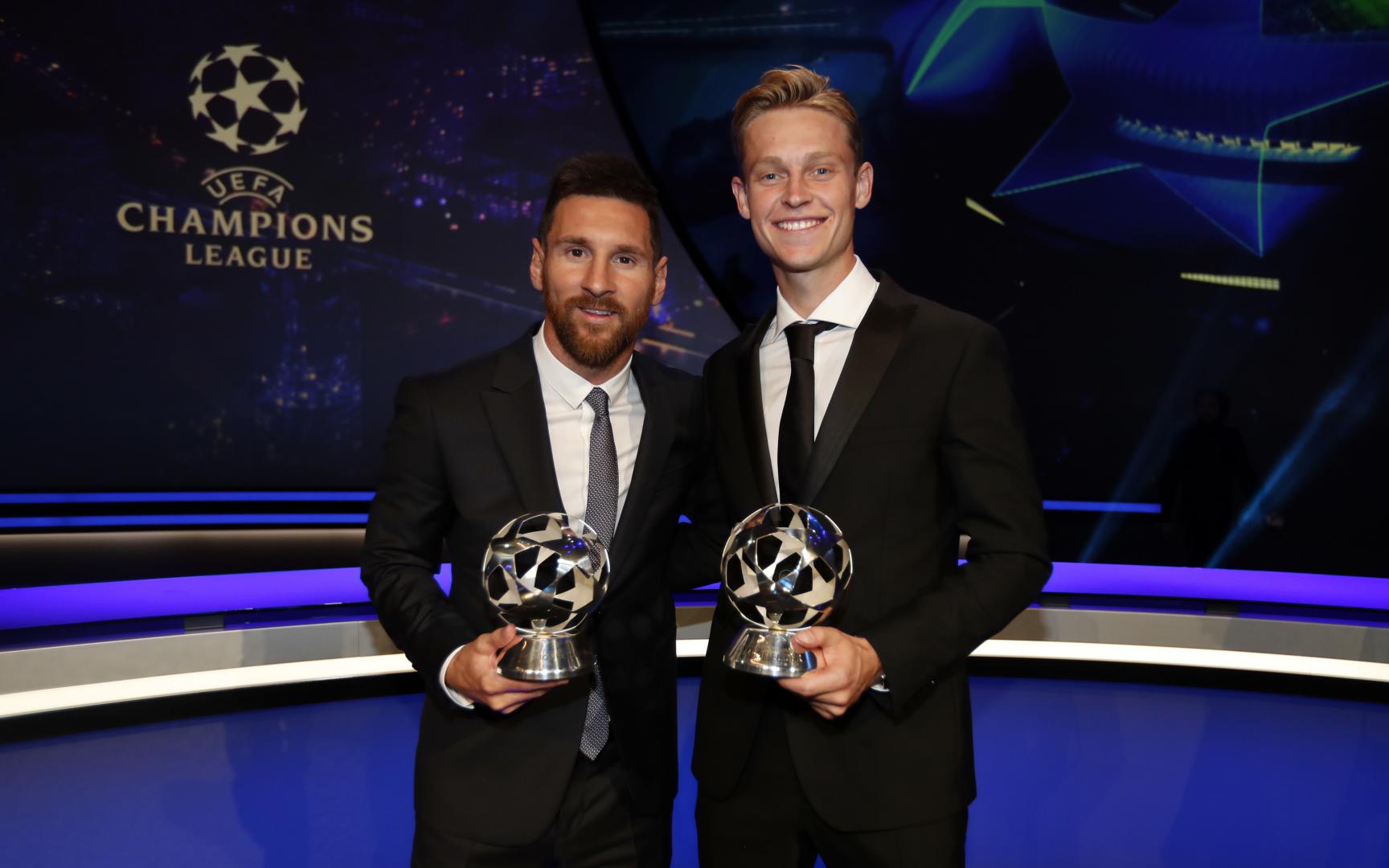 So, that was all for today from TalkBarca. What do you think about these individual awards, especially, the player of the year award? Do you think it was a just award or it should have been given to Messi? Let us know in the comments section below. Until next time, Visca El Barca!

WHAT DID WE LEARN FROM FC BARCELONA’S VICTORY...

Latest News And Updates From The Realm Of FC Barcelona
Copyright © 2019 TalkBArca - All rights reserved.